CBC Investigates: A Code of Silence for a Convicted Sex Offender

For years — even decades — girls and women in Mary’s Harbour say they’ve hidden from a man who threatened them to keep quiet. Now they are breaking their silence.
CBC’s Kate Adach reports. 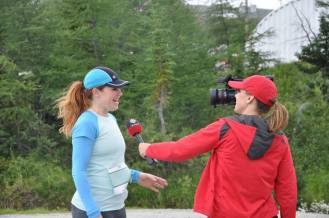 Just weeks after Bernice Rich was murdered in Sheshatshiu, another woman says she say a teenage girl get assaulted. CBC’s Kate Adach brings us her story and what she’s begging the community to do.

Metro Morning contributor Kate Adach was at the final screening of Harry Potter and the Deathly Harrows Part 2, with hundreds of Potter fans.

Error: Twitter did not respond. Please wait a few minutes and refresh this page.